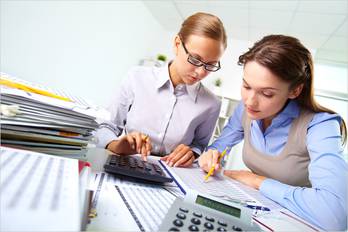 It is no longer a secret that a lot will depend on which team we have to work with. If the relationship between colleagues is friendly and even, then any work will become easier to get and better done. True, this is not always the case. Quarrels and squabbles occur especially often in women’s collectives. There are many reasons for this:

1. The rivalry of employees for a place in the sun is probably one of the first things that catches the eye in the women’s team. It is not so strongly expressed if the majority of colleagues were men – but even in this case it does not mean at all that there is no competition.
Women always try to look better and succeed in everything, not only in building their female career. This, it would seem, is only a plus. But the main feature of women’s competition is that they devote most of their attention not to personal achievements, but to making sure that their rival in the “shop” is bad. This is why it has a negative impact on performance.

2. Of course, a women’s team cannot be imagined without heartfelt conversations. These conversations are time-consuming, especially since they are often not work-related. Gossip in such a team grows quickly – as soon as someone just hints about something, conjectures and assumptions begin to grow to unthinkable limits. Often, gossip becomes the basis for conflicts not only between colleagues, but also between employees and bosses. Therefore, in order to “survive” in the women’s team, you need to be able to keep your mouth shut, not to retell conversations heard by chance and not to say too much.

3. The fair sex is ready for a lot to achieve results and goals. But their actions are often ambiguous. The straightforwardness of their words is unusual for women, which is why intrigues flourish well in the women’s team. Outwardly, usually everything looks perfect – everyone is eager to help each other, smiling and friendly. But if someone just stumbles a little and makes a minor mistake, he is very quickly put in an unpleasant position. The main thing here is to maintain neutrality, and in no case join any of the conflicting coalitions. No matter how your colleagues ask you to help, refuse. The less knowledgeable person usually loses, so your business is a side.

4. Women’s envy is familiar to everyone. Do not expect employees to leave their emotions at home when they come to work. In the women’s team there is always someone who has a kinder husband, a higher salary, and a more beautiful fur coat. Often, ordinary envy becomes a reason for squabbles. Here it is best to know the measure in stories about your personal life and not brag.

5. In terms of consistency, the female team is incomparably inferior to the male. And this is not surprising. One gets married, the second was reprimanded by the boss, the third has health problems, the fourth is getting divorced, and the fifth has menopause – passions are boiling, like in a Mexican TV series. Therefore, any little thing can become the reason for a big scandal. The only way out is not to fall for the bait and avoid provocations! If you see that a colleague is not in the mood and is only looking for an excuse to take out his bad mood on someone, just bypass her.

Of course, there are many reasons to consider the women’s collective a real punishment. You can agree or argue, but those who have ever been a black sheep in a school, store or in other institutions where the team is predominantly female, agree that it is sometimes impossible to work normally. The main thing is to stay calm! As soon as you start to lose your composure, you will immediately find yourself in the enemy field, where you will be outnumbered. Nevertheless, it is possible to create a favorable atmosphere at work, no matter what the team is. Set an example of how to treat others and be productive. After all, women will not undeservedly offend good people, and it is likely that very soon you will become everyone’s favorite. Moreover, if you always look neat, and you need to dress well not only for the interview, but also for the job already accepted!